The Oregon Band Directors Association is committed to advancing instrumental education, and contributing the field of wind band literature. We plan to continue with future commission projects, covering multiple ability levels, as well as offer the ability to join consortiums such that even more schools have the opportunity to participate in future endeavors. ​

The OBDA HS Commission Project for 2022 will be composed by Chris Pilsner. The difficulty will be between a Grade 4 - 4.5. Duration will be 5 minutes. The Consortium Participation Fee is $300 per school/ organization. Payments are accepted via online or checks can be mailed. For checks, please contact the OBDA Treasurer. Commission will be delivered by November 2021. More information coming soon! Please complete the registration below if you are going to participate.
OBDA HS Commission Project Registration (2022) - CLOSED

Chris Pilsner Composer
Composer and conductor Chris Pilsner is becoming an established name in the contemporary classical world. His music for orchestra, wind ensemble, and chamber ensembles has been acclaimed by audiences, performers, and conductors worldwide and receives hundreds of performances every year.

Chris’ music has been performed by groups as diverse as professional ensembles, universities, high schools, all-state/honor ensembles, and even in Carnegie Hall.  He also works closely with several professional orchestras in Europe including the Scottish Session Orchestra, Vienna Synchron Orchestra, and the Budapest Scoring Orchestra.  In June of 2019, he had the distinct pleasure of flying out to Vienna to conduct the Vienna Synchron Orchestra in a recording session of all his works for string orchestra, which was released on the EP Album “Elements” in the Summer of 2019.

Having taught in public education himself, Chris is an avid supporter of music education and strives to create new and original works for young individuals across the world.  He now resides in Colorado where he works as a full-time composer.

Chris is a member of ASCAP and proudly self-published through his publishing company Nox Tenebrae Music.
To find out more about Chris Pilsner and his music, visit his website: https://www.chrispilsner.com/.

​The OBDA MS Commission Project for 2023 will be composed by Brian Balmages. The difficulty will be approximately a grade 2.5. Duration will be roughly 3-4 minutes. The Consortium Participation Fee is $300 per school/ organization. Payments are accepted via online or checks can be mailed. For checks, please contact the OBDA Treasurer. ​Commission will be delivered by November 2022. More information coming soon! Please complete the registration below if you are going to participate. ​
OBDA MS Commission Project Registration (2023) - Open 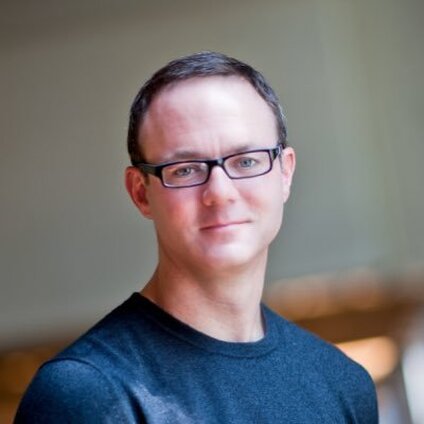 BRAIN BALMAGES COMPOSER
Brian Balmages is an award-winning composer and conductor whose music has been performed throughout the world with commissions ranging from elementary schools to professional orchestras. World premieres have included prestigious venues such as Carnegie Hall, the Kennedy Center, and Meyerhoff Symphony Hall. His music was also performed as part of the 2013 Presidential Inaugural Prayer Service, which was attended by both President Obama and Vice President Biden. He is a recipient of the prestigious A. Austin Harding Award from the American School Band Directors Association and in 2016 was awarded the James Madison University Distinguished Alumni Award from the School of Visual and Performing Arts (the first year the award was given). In the same year, he was commissioned by his other alma mater, the University of Miami, to compose music for the inauguration of the institution’s 6th president, Dr. Julio Frenk.

As a conductor, Mr. Balmages enjoys regular engagements with all-state and region bands and orchestras, as well as university and professional ensembles throughout the world. Notable guest conducting appearances have included the Midwest Clinic, Western International Band Clinic, College Band Directors Conference, American School Band Directors Association National Conference and others. Additional conducting appearances have included the Kennedy Center and Meyerhoff Symphony Hall as well as engagements in Australia, Canada and Italy. He received his bachelor’s degree in music from James Madison University and his master’s degree from the University of Miami in Florida. Currently, he is Director of Instrumental Publications for The FJH Music Company and Assistant Director of Bands and Orchestras at Towson University.

The OBDA HS Commission Project for 2024 will be composed by Steve Danyew. The difficulty will be around a grade Grade 4. Duration will be roughly 5 minutes. The Consortium Participation Fee is $300 per school/ organization. Directors name and school will be listed on the score. Directors will receive a set of parts and a score. For checks, please contact the OBDA Treasurer. More information coming soon!
OBDA HS COMMISSION PROJECT REGISTRATION (2024) - OPEN

Payments are due by June 1st, 2022. Paypal link will be available soon. To send checks contact the OBDA Treasurer (Chad Davies). You will find his contact info on the ABOUT page. 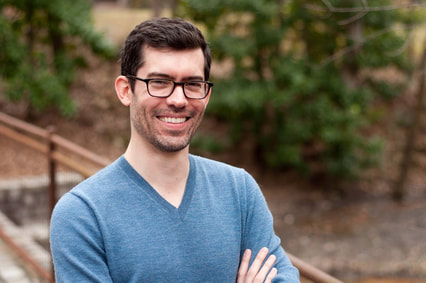 STEVE DANYEW COMPOSER
Steve Danyew’s music has been hailed as “startlingly beautiful” and “undeniably well crafted and communicative” by the Miami Herald, and has been praised as possessing “sensitivity, skill and tremendous sophistication” by the Kansas City Independent.

Danyew (b. 1983) is the recipient of numerous national and international awards for his work, and his compositions have been performed throughout the world in venues such as the Sydney Opera House, the Kennedy Center, Carnegie Hall, and the steps of the US Capitol. Danyew’s recent work Into the Silent Land was named the winner of the 2019 Walter Beeler Memorial Composition Prize. Three of his compositions for wind band are featured in Volume 11 of Teaching Music Through Performance in Band (GIA).

In addition to composing, Danyew is a passionate educator who teaches courses focused on helping young musicians craft their own creative careers at the Eastman School of Music’s Institute for Music Leadership. He is the contributing author for the 2nd edition of Ramon Ricker’s book Lessons from a Street-Wise Professor: What You Won’t Learn at Most Music Schools (Soundown, 2018). He is also a frequent guest composer and lecturer at schools through the United States.

In 2020, Danyew and his wife Ashley created Musician & Co., a new resource that equips 21st-century musicians to be both artists and business owners. The mission of Musician & Co. is to provide an innovative model for bridging the gap between the practice room and a profitable business.

Danyew grew up in New England, playing the saxophone and improvising music on the piano. After a performance of his own work, the South Florida Sun Sentinel proclaimed him a “saxophone virtuoso par excellence, making the instrument sing as well as shout.” Danyew performed as a saxophonist in the University of Miami Wind Ensemble under the direction of Gary Green, and this formative experience led him to begin composing works for wind band. ​

Multnomah (Legend of the Falls) by William Owens (2019)